Why do I raise my baby bilingual 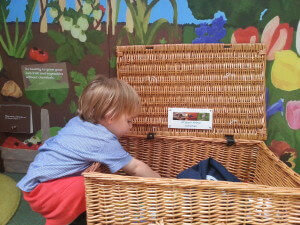 In the English­-speaking world the need for bilingualism is seldom strongly felt. One is happy to be the native speaker of the last “lingua franca” (as referred to in the latest work from Nicholas Ostler, a linguist, who claims that the next language to acquire a truly international dimension will be the language of technology, given the advancements in electronic translations).

But there is more: in the English speaking world, the term “bilingual” may – in certain instances – even acquire a somewhat negative hue, such as when, in the USA, one mentions bilingual schools for latino immigrants (for some believe  these schools do them no good, slowing down their integration in the native English speaker community).

Even where bilingualism is not the object of mistrust, the typical English speaking parent may be more interested in fostering his/her child’s math skills, boosting the child’s sports record or sustain his or her literacy, rather than to put the child in the position of ordering a baguette in French near the Eiffel Tower or finding the best gelato place in Rome using the Italian language.

And, if North Americans might feel a little ashamed to show their general ignorance of foreign languages, many British (maybe too reminishent of their imperial past?), may even act as having a divine right to the use of their mother tongue in every corner of the world.

Don’t mistake me: I am no critic of these approaches. In fact, even at their worst, both the North Americans and the British have my deepest sympathy, for I understand too well the diffuse lack of incentive you have in learning a foreign language when every other foreigner is literally dying to practice his/her (incomprehensible) English with you !   Really, I understand it by the looks of English-speaking tourists asking me for directions in Rome: when they change from “very relieved” (ah! this woman understands me, this is luck!) to “annoyed” (ok, I understood where the Colosseum is, now can I get on with my holiday please?).

Well, trust me, the approach to languages in continental Europe couldn’t be more different.

First of all, it is too well known that many European countries (whether inside or outside of the EU) are intrinsically multilingual, such as Belgium or Switzerland.

As for all the rest, i.e. the mainly monolingual countries in continental Europe, one thing can be said: the widest portion of their population is interested – with hues varying from mere curiosity to sheer desperation – to learn, practice or improve the last “lingua franca”: English.

In Italy this interest – if is not deeply rooted (more on the “mere curiosity” side of the spectrum) is certainly widely spread.

It – I dare say –  also builds on the failure of the Italian public education system in foreign languages teaching.

It is therefore the case that everyone in Italy is obsessed to know English, I mean, fluent English, with a credible accent and a wide vocabulary.

Most people do also desire, rather snobblishly, to have a British accent. If you delve into the accent question much further, though, you may discover that the same people usually recognize as “British accent” anything that does not sound as an “Italian accent in English”. In fact, they mostly do not distinguish a native Yorkshire person from one born in Cape town. After all they both speak “real English”, no?

For an Italian, knowledge of the English language may make you the most acclaimed pop singer of your high school (given the diffusion of lyrics in English in the world of modern music) and the most relied-on translator in every trip abroad with friends. Near-native English may make the difference between a good and a great cv (or job). It may give a person the benefit of listening to world news from the BBC or from the CNN. It gives you the advantage to read the best journalism in the world (such as the New York Times or the Economist) instead of sloppy Italian papers.  It can speed you up on fact-checking when comparing different sources on the web. It enables you to peruse medical information published on “Pub Med”, may make you the candidate for aninternational position or enable you to study abroad or online with MOOCs with sufficient ease. It does open your life to edutainment such as TED-talks or, more traditionally, it renders accessible anything from Henry James to Malcom Gladwell in the original language.

Yet this is just a very small idea of what English did for me.

It did even affect my personality, endowing me with a life – transforming gift: what I felt as a new voice. I thought I was original. I thought that this phenomenon – that I cherished in silence and solitude – was unique.

Then I started reading about bilingualism and discovered what many a linguist knows: that bilinguals often have this perception of having developed another self. Well, I don’t know about others, all I can say, of my “other” self (that is, the English – speaking one) is that it is freer (an analyst would probably guess the reason: my super-ego speaks only Italian!).

If this is what English did to me, when I first came to be a parent, in the foggy midst of all the confusing new experiences and emotions that parenting entails, one only goal was clear in my mind (with agreement upon the part of the other parent) from the very start.

Our children had to be citizens of the world.

Our children had at the very least to be bilingual in English.

Because it’s the last “lingua franca”?

Well, at this point it may well be clear that this is just part of the reason. Truth is, Mandarin chinese I do not know. French and Spanish I kind of know but could never teach nor check the teaching of, after a certain level of instruction (can I ever recall the accents when writing French? Nope).

The answer was obvious: English I could master. Not like a native, I reconed. But certainly with moderate ease and not too many mistakes.  After all, who cares whether is it a native language, when it is certainly a vocational one? So that is why I started out with the idea of raising a bilingual child and, in a few years, I found myself raising three bilingual children.

My recurring question, back then, almost obsessive, was, HOW do I raise a bilingual child?

How did I find the answer – the answers – will take a whole new blog post to describe. Here it is: Bilingualism: 3 children, 2 methods, 1 family