Teaching a second language: the wild ride of an English lesson 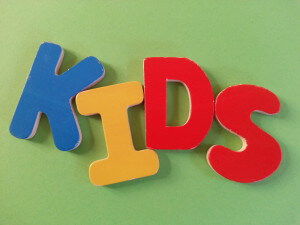 When teaching kids, the adventure is unpredictable. Sometimes a child makes a funny mistake, or comes up with a question an adult would never have imagined. Other times, the child leads the teacher into a bizarre conversation.

Teaching English as a second language invokes a child’s immense creative potential, offering an unexpected experience, a twist of craziness, or a really weird outcome. Who knows? Perhaps in the teacher’s native land, people really do roast flies in a pot for breakfast.

Today I had a lesson with six-year old Valerio and his seven-year old sister Valentina. I told them I was going to start a story, Valerio would continue where I left off, and then Valentina would finish. Valentina had brought a pen with the head and torso of a red monkey attached to the tip, so I used the ornament as the protagonist of the 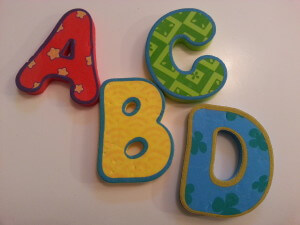 Valerio: What? What that mean?

Me: C’era una volta . . . a student came to my class with a red monkey. The monkey was attached to her pen but, moments after they’d arrived, the animal leaped off the tip and then jumped out the window.

I pointed to Valerio. “The red monkey go to Germany—no!—and then the North Pole. It fall in love with a penguin. But the penguin prefer polar bear.”

Then Valentina said, “So the monkey travels to the Red Sea, where he died under the water. And that’s why they say it’s the Red Sea, because the red monkey died there.”

Not bad for two pre-pubescent Italians learning English. About a week ago, while studying a page in their textbook that discussed fears, Valentina said she was afraid of snakes and worms.

When I told her worms were delicious, her head jerked back and her eyebrows bunched together. “You eat worms?”

“Absolutely. You should try them. They’re tasty, especially when cooked with spiders and flies.”

“Of course. That’s why I wash them off first, just like vegetables. Vegetables are dirty, too. They come from the ground, so you have to wash them before you eat them.”

“No, it’s not. Dirt is dirt. I admit the flies’ wings are disgusting. That’s why I pluck them off before I put the flies in the pan.”

Valerio had been doodling on the inside cover of his textbook. He stopped and asked, “Do you eat bees?”

“No, no bees, because the stingers still sting even after the bee is boiled.”

After the lesson, when Valerio and Valentina’s mom arrived to pick them up, I wondered what I would do if she were to show up the following week saying she had caught her kids roasting flies in a pot. I figured I’d tell her flies contain keratin, which is a protein. I could claim I’d recommended flies only as a low-fat, high protein snack, and that I insisted the flies be washed first. Would that work? Is it wrong to encourage young kids to eat insects? Wish me luck!