Ancient Rome like you have never seen before: “A Journey Through History”, a show for the whole family 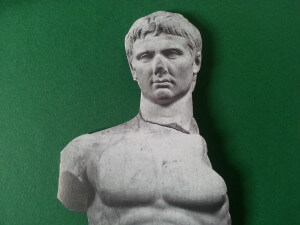 Roaming with kids around ancient relics is never quite as easy as it seems, even if you live immersed in it, like many foreigners living in Rome do. In fact, it is either the case that your child or teen is a history fan (lucky you!) or else the young child or teen won’t be able to distinguish something that is antique from something that is simply old, rusty or antiquated.

In other words, show children a statue dating back to more than a couple of thousands years ago and it will simply look “old” to them.

Whether you are an Italian or an expat living in Rome, it’s not easy to convey with words the images an educated adult can form in his or her mind, putting together the missing pieces. How can you explain to a child that Venus of Milos’ missing arms do not alter its beauty? How can you explain to a child Caravaggio’s paintings or Canova’s statues? How can you tell your teen girl that the “ugly fat woman” depicted in the 1700’s oil painting is King Louis XVth’s voluptuous mistress, a beauty of her times?

In other words, how can you bring history back to life?

You could – of course – prepare your child, tween or teen to a Museum or archeological site visit. Maybe you could tell him or her that those antique white marbles were, once upon a time, full of glittering colors. You could read them some tourist guide or read it yourself and then talk it over with your children. But every parent know that lecturing children will not work.

The truth is that young children (and many adults too!) crave simpler and more entertaining explanations. They need the kind of “edutainment” one gets from Natural History or Science Museums. But, somehow, with sciences it seems easier that with history.

Tweens and teens, on the other hand, need strong, emotional experiences to appreciate history and art, better yet with an engaging musical “cool” soundtrack.

But something is changing, albeit slowly. The idea of rendering history an experience made with lights, music, colors and narrative is gaining foot. This is what is happening in Rome. And, if you are a native English speaker, you do not have to be bilingual to enjoy it, since the show I am about to describe is available in Italian, English, French, Spanish Russian and Japanese.

Those who are not living in Italy won’t be familiar with Piero Angela and Paco Lanciano who have conceived and put up the show, but Italians have learned a lot of science and history thanks to them. Angela is a famous science journalist who has produced countless science and history programs, very popular on Italian tv and is also author of a number of easy-to-read educational books, with subjects ranging from the human body to politics and demography (his latest being on the brain and neurosciences). Paco Lanciano, which is less known, is a physicist often featured in his TV programs, who makes ingenious models or experiments to illustrate the laws of physics or other sciences. 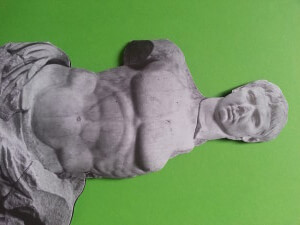 The idea of the show is simple but alluring: stones can talk and tell many stories … if you can read them. And if you can’t, well, this voyage through 2000 years of history will translate them for you!

As the video on the website says the show is a captivating reconstruction, rich in scientifically and historically detailed information, situated (that is the beautiful part) inside the archaeological site of the Forum of Augustus. You will thus discover a magnificent archaeological site, once the center of city life in ancient Rome.

The event involves a system of projectors casting images of ancient structures onto the marble and stone walls which are still standing in the Forum, with narration via headphones. Images will recreate the temple dedicated to Mars the Avenger, constructed by Augustus to honor the memory of his great-uncle Julius Caesar following his assassination. The temple dominated the Forum, nearby stood an enormous statue of Augustus himself, which likely soared 12 meters high, although only a small part remains.

But why does Roman History come to life at the Forum of Augustus? Because it is the 2,000th anniversary of the death of Augustus (as Rome itself marks its 2,767th birthday! Now, that’s old!).

The name of the show is “A Journey Through History” and it goes on until September 18. It is on Monday to Sunday at 9pm, 10pm and 11pm (although shows may be delayed up to 15 minutes depending on daylight conditions). Here is the location: Rome, Imperial Fora, via Alessandrina overlooking the Forum of Augustus. All further information can be found here