Expat families in Rome: how to choose a school in the Eternal City 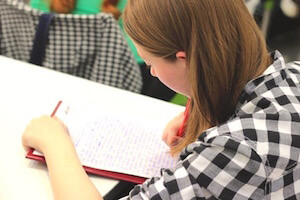 This post is the second episode of a two-part series for helping expat families that have to choose a school in Italy and, in particular, in the city of Rome.

In this post I will consider whether or not to choose an international school, I will mention the different English-speaking schools’ options in Rome and the new trend of “bilingual school” that is expanding in Italy.

International schools in Rome cost from 10.000 to 25.000 euros a year, not exactly cheap if you consider, just by comparison, that each student in the Italian public education system costs around 4,000 euros a year (and it is paid by taxes). This can be partially explained by the fact that international schools have great facilities (in terms of classrooms but also sport grounds, art and music rooms, and so on) and that in some cases their teachers are more qualified than Italian ones (which does not mean they are necessarily better). In fact, the most serious schools publish profile pages or the CV of each of their teachers, where one can find that they hold a master or doctoral degree. These teachers are also better paid than Italian public school teachers and have incentives for organizing further extracurricular activities or clubs for pupils. This explains, at least in part, the exorbitant cost of these schools, often calibrated to expat families whose school fees are paid by the corporation they work for.

Also, I think it’s important, that when you put a child in a very privileged environment, to give him/her the chance to remember that not everyone is so fortunate. It is for this reason that many international schools, have fundraising and volunteering activities both in the school and out (including the “service” component of the International Baccalaureate’s “CAS”).

If you take the international option, you should decide which system suits you better, whether British, American or IB. Some international schools are a mixture of various school systems (British/American/some Italian) with English as the common language, so it is best to read carefully each website before making the choice. Most end up with the International Baccalaureate (IB) at senior school level.

Some international schools offer courses in Italian or in other languages. Some schools organize examinations (such as the “terza media exam”) that allow pupils, if so desired, to re-enter the Italian system.

Evaluating the quality of a school

For High Schools you can compare IB results. An acquaintance of mine has been doing this test for some years, and usually says that, in Rome, the competition is between St. George’s and St. Stephens, that have the best results on alternate years. This, however, may well be attributable not only to the quality of teachers but also to selective entry criteria. This might mean that it might be unfair to compare, for example St. George’s with AOSR, given than the latter is a non-selective school (but then, again, not all student at AOSR go for IB, others may opt for the American Diploma, with or without APs, which complicates even more the comparison).

Another example: New School is the only one that offers British A-levels and not IB, making it incomparable to any other school in Rome (but open to comparison to similar schools in the rest of Italy or in the UK, if you take into account a similar student body).

A list of the international schools of the city of Rome

What follows is the complete list of schools. For more information on costs, programs and locations, please contact each institution directly and see also the Rome International Schools Association website which also contains an interactive map of the various schools across the city.

ACORN HOUSE INTERNATIONAL SCHOOL
Via Veientana 297, 00189, Rome
www.acornhouse.school
From 3 to 13 years. It follows the English curriculum but also guarantees the Italian state exams.

THE NEW SCHOOL
Via della Camilluccia 669, 00135, Rome
www.newschoolrome.com
From 3 to 18 years
Founded in 1972 (from St George’s), it follows the British curriculum. Has A levels and not the IB.

CORE INTERNATIONAL SCHOOL
Via Crati 19, 00199, Rome
www.coreinternationalschool.it
From 3 to 11 years
It is a small school with the British program. It is also cheaper than many others.

ST.FRANCIS  INTERNATIONAL SCHOOL
Via delle Benedettine, 50/b, 00135, Rome
www.stfrancis-school.it
From 3 to 14 years

STEPHEN’S SCHOOL
Via Aventina 3, 00153, Rome
sssrome.it/en/home
From 14 to 18 years. With International Baccalaureate

ABC KIDS
Via Giovanni Animuccia 11, Rome
www.abckidsroma.it/eng
It is a small nursery school and children’s school for children From 2 to 6 years. It is not part of Rome International School Association.

BUSY BEE INTERNATIONAL PRESCHOOL
Via Adelaide Ristori 44, 00197, Rome
https://www.busybeespreschool.it/
Another small nursery school and children’s school for children from 2.5 to 6 years. Only in English, although it is not part of Rome International School Association. Has also a day care for children aged 1-2.5 years

Apart from Rome, there are many other international schools in the rest of Italy, A complete list can be found here: Le scuole internazionali in lingua inglese in Italia. Plus there are French, German, Spanish, Swiss and Japanese schools in Italy.

An Important thing to bear in mind is that the status of these schools as “bilingual” is self-defined: there is no common norm or rule.

In the absence of a regulatory definition, the world of “bilingual” schools is a bit of a jungle, so you have to keep your eyes open. Some schools self-define ‘bilingual’ but then offer only 4 more weekly classes in English than a public school does. Some others, like Istituto Marymount, for example, offer up to 16 hours a week of English language and subjects taught in English by native speakers and may be better candidates for using the term “bilingual school”. It is therefore important that parents who are interested in this kind of school ask for detailed information on the amount of English and English taught classes for the various academic years.

Until recently, all the schools offering a bilingual pathway were “scuole paritarie” i.e. private (often catholic) schools. In this past year, some Italian public schools at primary/elementary and secondary/middle school level, have begun offering extra English by adopting, at a very convenient cost for parents, the Cambridge “primary checkpoint” or “secondary checkpoint” programs, taught by mother-tongue teachers.