How can you teach your child a language you don’t speak? 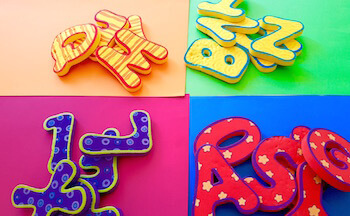 I have written more than one article on bilingualism, mostly in Italian, but also some in English, such as Bilingualism: 3 children, 2 methods, 1 family. In my experience as a bilingual parent raising bilingual children I am not alone. Many other parents do the same, or even more, for example raising their children trilingually.  I am therefore very happy to welcome to educazioneglobale a post by Chontelle Bonfiglio, a Freelance writer and creator of Bilingual Kidspot, a website dedicated to raising bilingual and multilingual children.

Here is Chontelle’s advice to other parents.

The idea of bringing up your children to be bilingual or multilingual is not a new one, in fact more than half of the population in the world speaks more than one language. With all of the recent research on the benefits of bilingualism however, the idea is really starting to catch on. More parents around the world are choosing to teach their children a second language.

So how do these parents do it?

Well, in most cases bilingual children are brought up in multilingual families where parents speak different languages to them from birth. There are various methods that parents can choose from, depending on their family situation. For parents who don’t speak a second language however, they have to explore other ideas. In fact my husband and I were asking ourselves the same question not long ago when we decided to introduce a third language to our bilingual children.

I am an Australian married to an Italian and we live in Italy. Our two children who are now 2 and 4 years old have been raised bilingually from birth and speak both English and Italian. Just over a year ago we decided to introduce Spanish as a third language and explored the many options available.

We decided on a Spanish “playmate” for our children. I work from home, and our children go to the Nido and Asilo during the mornings, so we decided to try to find someone to come for a couple of hours in the afternoon.

We eventually met a young Argentinian girl, Ana, who agreed to come 3-4 afternoons per week to “play” with our children. I would like to emphasise “play”, because children this young do not need a teacher, they need someone to play with them so that they can learn in a natural way.

As we follow the OPOL method within our family, (One person One Language) it has worked out perfect. I speak only English to them, my husband speaks only Italian, and Ana speaks only Spanish. This is important for us so that our children understand which language they should speak to who.

It has been just over a year now and our four year old is quite fluent, our two-year-old still mixes all three languages but that is normal given his age. I have to say it has been a great experience and I love watching them progress. It may not be ideal for everyone but it has worked well for us.

There are so many other options to explore and it really depends on your family situation and what you want your children to get out of it. Do you want them to become a fluent speaker or are you happy with them being able to know the basics? Do you want them to have a native accent?

Here are a few tips:

The Earlier the Better

Since children are able to distinguish languages from quite a young age, it is best to start as early as possible. Even if your child is only a few months old it is definitely not too early, in fact it is probably the best way to give your child the best chance at becoming fluent in the language with a native accent.

It doesn’t mean though, that because your child is older that they can’t learn. It is never too late to teach your child a second language.

Hire a Nanny or Au-pair (Tata)

By having someone there on a daily basis playing and spending time with your children, they are able to learn in the most natural way and pick up on not only the language, but also the accent and the way they speak.

If you aren’t able to have someone full time, or live in, find someone part time. In fact in our situation we have Ana come just 3-4 days for a couple of hours at a time.

If you have a young child who is not at school yet, a playgroup is a fantastic idea. Try to find mothers who have children who speak the language you are trying to teach your children. In larger cities it shouldn’t be too difficult, for example in Rome and Milan there are many English and French playgroups to choose from.

Depending on which language you would like your children to learn, check out the bilingual daycare centres and kindergartens in your area. Many will have teachers who speak different languages to the children. This way the children will be exposed to more than one language on a daily basis.

Learn the language with your child

Another great way to teach your child a language is to learn one together as a family. Making it a fun family experience can really motivate your children to want to learn it. Children tend to imitate their parents and if they see that you enjoy learning a language, they are more likely to be interested in learning too.